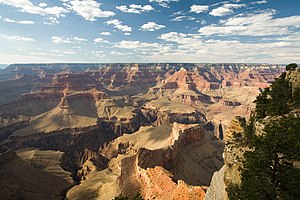 Last year Arizona implemented a controversial law that affects how that state deals with immigration issues. The law basically makes it a misdemeanor if an individual is not able to prove that they are a US resident. The controversial component, for many, is that the individual must provide documentation when requested by authorities. A year later, we’re wondering what affect that law has had on event planning firms.

The Arizona immigration law itself has received a ton of coverage in the news since it was signed by Governor Brewer. The main reason that event planning firms were (and are) taking notice is because many of th

The Actions of Event Planning Firms have Economic Impacts

In May of 2010, HotelNewsNow.com reported that hoteliers in Arizona were feeling the impact as they claimed event planning firms were cancelling their meetings as a result of the law. In the same article, they actually name a specific group that cancelled and tagged a loss from that group of approximately $120,000. Additionally, Phoenix city officials estimate that their city will lose $90 million over the next five years.

What concerned tourism officials was the impact event planning firms could have on the tourism industry in Arizona.  And they weren’t letting much time go by without taking action.  Major initiatives were underway lobbying industry associations for their support.   Many took the form of support for the industry workers that were in jeopardy of losing their jobs if any boycotts started to take hold. Certainly this was a better way to frame the argument rather than having to wade into the political arena.

The USA Today article listed the potential ramifications.  With the word “Boycott” in the title, this was certainly not an article that tourism officials in Arizona were pleased to read.

What’s happening in Arizona is closely being watched by several other states tourism officials where their own governments are reviewing similar action.

With appeals, the Arizona immigration law has yet to see many of the controversial elements take effect.  Recently a federal appeals court refused to lift a stay on many of these elements. It will be interesting to see how many event planning firms will be watching and what effect it will have on this year’s tourism in Arizona.

Andrew is an entrepreneur who focuses on customer service and is respected for his attention to detail. His hospitality career began in hotels, working his way through various food and beverage positions. From there he excelled in hotel operations, holding several managerial positions including Senior Operations Manager with Canada's largest hotel.

Andrew's financial acumen and his ability to develop and enhance his companies business strategies helped propel his full service destination management company (DMC) into one of the largest databases of online resources for the meetings and events industry in North America.

He has a well established online presence. By networking on the top social media platforms Andrew has developed a large, organic, following.